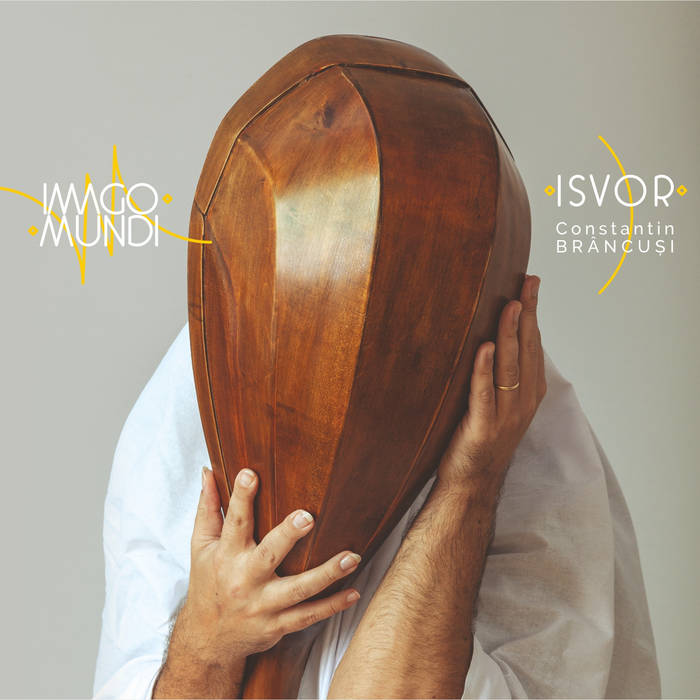 The 'Isvor. Constantin Brâncuși' album is dedicated to greatest Romanian sculptor, from whom life and work is inspired; it’s a reconstruction – visually and musically – of Brâncuși’s world: from Gorj county, where he was born and spiritually formed, to Paris where he artistically and culturally evolved. Thus, the works that builds up the music programme are inspired by traditional music from Oltenia; Maria Tănase’s music (probably the most important voice for Romanian traditional music, but also one of the greatest loves of Brâncuși); Erik Satie’s music (french composer, precursor of minimalism, surrealism, repetitive music or „théâtre de l'absurde”, interested in Romanian fiddlers music and good friend of Romanian sculptor); or, simply, compositions inspired by Constantin Brâncuși’s work: Sleeping Muse, Bird in Space, Wisdom of the Earth, The Table of Silence, The Infinity Column.

'The Bird', inspired by Brâncuși's 'Bird in Space', illustrates phonically the litheness of flight by ascendant melodic developments and by transparent, floating harmonics.

'The Table' and 'The Column' (after 'The Table of Silence' and 'Endless Column', works dedicated to the Romanian heroes fallen in the First World War, in the battles on the shores of River Jiu) bring a more sombre and heavier atmosphere, broken in places by melancholy and hope, describing the implacable passage of time and the terrible clashes of the forces involved in the war.

'Wisdom' (after 'Wisdom of the Earth') is dominated by calm, by balance, but it also contains a certain state of disquiet, transmitted by Brâncuși's use of primitive art.

'Doina of Olt' is constructed, following the same inspiration coming from primitive art, from the idea of superposition of several melodic layers, in the manner in which, surprisingly, the Aka pygmy tribes of Africa developed their chants and dances a long time before the discovery of polyphony in Europe. Here, the guitar, the violin, the cello and the percussion create a sound background that suggests the flow of water, on top of which the flute and the oboe sing a beautiful doina song from Oltenia region.

'The Muse' (after 'Sleeping Muse') brings a mysterious music, inspired by the ancient Greeks' aulodia, in which the flute and the guitar – twinned in a texture of heterophony – repeat, with variation, a series of melodic-rhythmic formulas.

'Gorjienne' (a contamination of the words Gorj and Gnossienne) combines 'Gnossienne No. 1' by Eric Satie with 'Cine iubește și lasă' / 'They who love and leave' and 'Ciuleandra' (songs which are well-known due to Maria Tănase), bringing in the context two personalities dear to the Romanian sculptor.

'The Way Home' has an obstinate, decisive character, being inspired by the road travelled on foot by Brâncuși from Bucharest to Paris, passing first by Hobița, his native village, in order to say goodbye to his mother.

The three traditional pieces, 'Holding Hands Hora', 'Little Flower of the Căluș Dance' and 'Sirba dance from Oltenia' bring to the fore brilliant samples of Oltenian folklore, proving the inventiveness and vitality specific to this region of Romania.