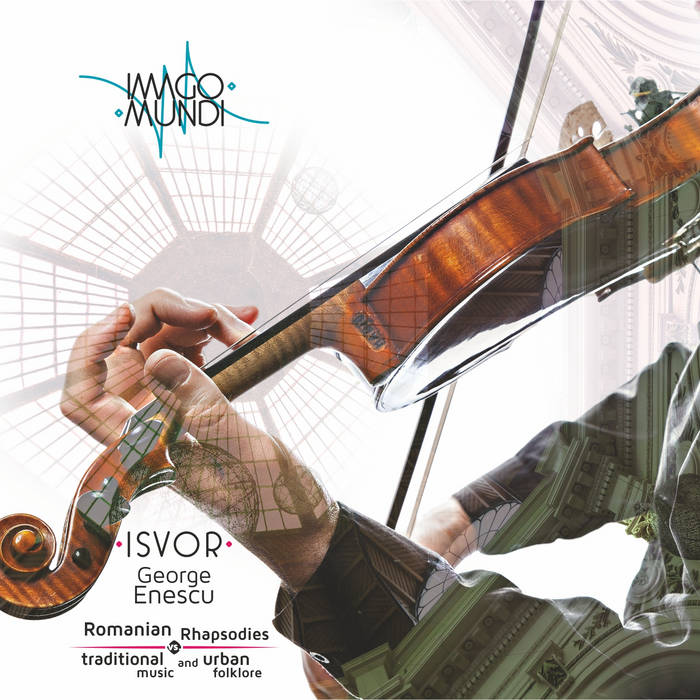 An Enesco playlist – from folklore to symphonic!

The last few years have brought to the concert hall an increasing number of ensembles whose repertoires contemplate the traditional in the most up-to-date ways. The archaic, unusual sounds, sometimes based on only a few notes, melodies drawn from a substratum close to the deepest roots of Romanian history (and evoking social strata), and age-old instruments are just a few of the ingredients of a dish much sought after by a new kind of audience. This audience is a mix of all ages, in which the old and nostalgic mingle with young people curious to discover territories of their own culture that are as exotic as the Balinese gamelan.

Without a doubt, TRADITION has always been a hard currency, on both the domestic and the international market. And those able to invest it intelligently reap benefits for all.

Such is the case of the IMAGO MUNDI ensemble, who have come up with a highly suggestive project: Source. Georges Enesco – Romanian Rhapsodies versus Traditional Music and Urban Folklore.

There can be no question that the most famous works composed by Georges Enesco are the two Romanian Rhapsodies, opus 11 no. 1 in A Major and no. 2 in D Major. In the international concert repertoire, the first rhapsody is the winner by a long way. You don't have to be a musicological genius to understand the reason for this success: melodiousness, accessibility, inspired choice of theme, and brilliantly simple orchestration (Enesco “plays” with the orchestra on a scale that ranges from evocation of the archaic folk ensemble to symphonic splendour). The rhapsody is in effect a string of familiar themes, which the composer articulates with inspired artistry.

In this project, IMAGO MUNDI proposes that we visit the area of the taraf (traditional folk music band), within the timeframe of the nineteenth century: a composite period, in which urban folk and party music have already been decanted, and what we would now call “fusion” can fully be felt – the wave of Byzantine music has already washed over Wallachia, leaving behind it sediments of Balkan and Asiatic melodic turns.

IMAGO MUNDI brings together a dozen titles (see the track list), a few of which inspired Enesco himself. Nota bene: IMAGO MUNDI is not a taraf! Danial Ivașcu (percussion, founding member), Oana Ivașcu (oboe, founding member), Adrian Buciu (flute), Andreea Țimiraș (cello), Cătălin Ștefănescu-Pătrașcu (guitar, kobza), and Ștefan Barbu (violin) are an ensemble for the third millennium, who perform for audiences of the third millennium. And the multimedia show they put on at the Radio Concert Hall (22 March 2016) authenticates a new cultural vector of the last few years: traditional repertoire, mixed classical and folk instruments, nuanced performances (original version or arrangements in the original style), and a video component (images projected on a screen in synchrony with the concert).

IMAGO MUNDI knows that new audiences are demanding and expect challenges: Source. Georges Enesco – Romanian Rhapsodies versus Traditional Music and Urban Folklore rises to the challenge with this album, in which we can detect (with a smile) snatches of Enesco's Rhapsodies, in version played by musicians who are as refined as they are passionately authentic.